Skip to content
Update, 9/1/22: ACMHE is in the process of transitioning to an independent, member-led association. Learn more.

A History of ACMHE (& its origins with CMind) 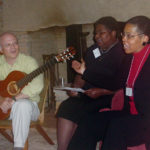 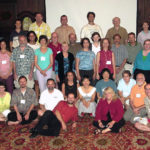 The cohort of the 2005 Summer Session on Contemplative Curriculum Development 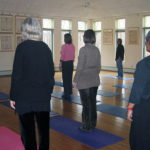 Arthur Zajonc leads a practice at the 2008 Retreat for Academics

As of September 2022, ACMHE is becoming an independent, member-led association.

Prior to this point, ACMHE was a program of CMind, the Center for Contemplative Mind in Society. Following a Board decision in May 2022, after almost 30 years of operations, CMind closed its programs on Sept. 1, 2022 (learn more CMind’s sunset).

Over the past weeks, the CMind Board and the Board Transition Committee considered numerous excellent options for continuing ACMHE without CMind. Their selection process has concluded: Pending the necessary institutional approvals and the penultimate approval from the Office of the Attorney General in the State of Massachusetts, ACMHE will continue as an institutionally independent member-governed association. Going forward, the Friends of ACMHE Advisory Committee will provide organizational coordination for ACMHE.

All of the ACMHE and JOCI systems and logins which you are accustomed to using will remain in place for the time being. However, to facilitate this shift, we have temporarily paused membership enrollments and renewals (to be resumed once the transition is complete).

The initiative to found a professional membership association arose in 2006 to address the growing momentum within the CMind Academic Program. After 10 years of administering fellowships and developing a community of contemplative educators, scholars, and administrators, a distinct field of study and practice was emerging. The Academic Program's respected leadership team was uniquely positioned to introduce an association that would invite others to participate in leading and carrying the movement forward.

The story behind this formation began in 1996, when CMind was looking for opportunities to explore a central question: Could contemplative practices change the way we think and act so that we move toward a more just, compassionate, and reflective society? CMind's original collaborators knew that the academy was the place where the fundamentals of this inquiry could be explored; could contemplative ways of knowing be a complement to the rational, scientific ways on which the academy is based, and help us address the urgent issues of our time? Would students be more engaged with their subject matter? Would their increased attention mean deeper learning?  Would their decreased stress open their minds to new ideas, and could students and teachers develop a more compassionate understanding of the behavior and values of others?

When the President Stan Katz of the American Council of Learned Societies (ACLS) agreed to partner in offering fellowships for courses that integrated contemplative practice into their teaching methods or content, CMind's leadership was simultaneously elated and concerned:  would anyone in the academy with sufficient knowledge and objectivity take the risk to bring meditation, yoga, or lectio divina into their courses? Three months after the competition was announced, 100 applications were received, each accompanied by permission to teach the course and two letters of support from colleagues. The proposals were more interesting, creative, and rigorous than we had even hoped. Despite the constraints on higher education which often inhibit change, by 2009 there were more than 150 fellows in 100 colleges and universities throughout the country, including private liberal arts colleges, historically Black colleges and universities, Ivy League universities, and state universities, teaching courses that have, many times, become part of the standard rotation and have reached thousands of students over the years.

During this same period of time, meditation, yoga, and other contemplative practices became the subject of hundreds of studies, by institutions such as the Brain Imaging Laboratory at the University of Wisconsin, MIT, Yale, and Harvard Medical School, which have demonstrated their physical and mental benefits. While the application of this growing body of evidence to the use of contemplative practice in educational settings is still in its early stages, the credibility of CMind's leadership team and the fellows was important to establishing the appropriate use of practices for secular institutions, maintaining professional standards of academic excellence and freedom, and addressing the ethical issues which arise with integrity.

In May 2007, when the CMind Board of Directors endorsed a proposal to pursue the formation of an association, CMind's Academic Program had gone far beyond a fellowship program. It had identified many of the leading academics in the field and established program activities that reached new constituents and deepened relationships with the existing network. These included a website; annual week-long summer sessions; retreats for academics; national conferences; and regional and disciplinary meetings. Other organizations and individuals began to promote particular perspectives, such as using practice for conflict resolution, stress reduction, or to foster creativity, and it was evident that these efforts would benefit from coordination. The intention to found the ACMHE followed from an understanding of the value of scholarly associations to coordinate and direct the development of these curricular and co-curricular innovations.

As of September 2022, with the closure of CMind as its parent organization, pending the necessary institutional approvals and the penultimate approval from the Office of the Attorney General in the State of Massachusetts, ACMHE will continue as an institutionally independent member-governed association. Going forward, the Friends of ACMHE Advisory Committee will provide organizational coordination for ACMHE.

We use cookies on our website to give you the most relevant experience by remembering your preferences and repeat visits. By clicking “Accept”, you consent to the use of ALL the cookies.
Cookie settingsACCEPT
Manage consent

This website uses cookies to improve your experience while you navigate through the website. Out of these, the cookies that are categorized as necessary are stored on your browser as they are essential for the working of basic functionalities of the website. We also use third-party cookies that help us analyze and understand how you use this website. These cookies will be stored in your browser only with your consent. You also have the option to opt-out of these cookies. But opting out of some of these cookies may affect your browsing experience.
Necessary Always Enabled
Necessary cookies are absolutely essential for the website to function properly. These cookies ensure basic functionalities and security features of the website, anonymously.
Functional
Functional cookies help to perform certain functionalities like sharing the content of the website on social media platforms, collect feedbacks, and other third-party features.
Performance
Performance cookies are used to understand and analyze the key performance indexes of the website which helps in delivering a better user experience for the visitors.
Analytics
Analytical cookies are used to understand how visitors interact with the website. These cookies help provide information on metrics the number of visitors, bounce rate, traffic source, etc.
Advertisement
Advertisement cookies are used to provide visitors with relevant ads and marketing campaigns. These cookies track visitors across websites and collect information to provide customized ads.
Others
Other uncategorized cookies are those that are being analyzed and have not been classified into a category as yet.
SAVE & ACCEPT
Scroll To Top